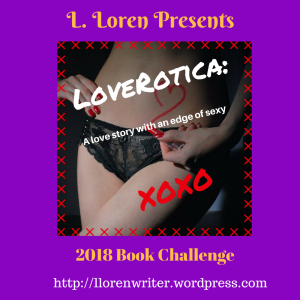 This week’s choice for the LoveRotica Book Challenge is all about the Bad Boy! I have been on a MC kick lately and I just can’t get enough of those sexy biker men. One in particular was Preacher Man from the Renegade Souls MC Romance Saga by V. Theia. Oh how I loved the Preacher Man!

Preacher Man has me falling for a dirty talking outlaw! Asher Priest aka Preacher has the reputation of a manwhore in his MC circle. He has seen the inside of more thighs than KFC. His usual choice for the night is a quick hit in the back room or parking lot with any one of the waitresses that work in the MC’s bar. All of that changes when he finally decides to go for the one girl he has been longing for, Ruby.

Ruby works as a bartender at the MC’s bar, but she has rules about dating – No Bikers! She had been raped by a dirty biker who she tried to help. The poor girl was a sweet as they come, but life kept giving her one knockout punch after another. When her old clunker won’t start anymore, she unknowingly starts on a path to her destiny – Asher.

Asher is a mechanic and offers to fix her bike for her, but she refuses because she doesn’t have the money, which she will never admit to. Ruby’s finances are drained because she is taking care of her shiftless sister, who is addicted to drugs and a loser man who is also an addict. So Ruby works two jobs to pay for two households and is barely making it, having to eat Ramen to survive.

Preacher sees his chance and pounces. The man could never be accused of not taking advantage of a situation. He is strong, tall, and the sexiest man Ruby has ever seen. She wants him bad, but refuses his advances because of his reputation. He finally wears her down and boy is she glad she did. Asher is not just a very experienced man, he is a king in bed.

Their chemistry is smoking and they go at it like rabbits. When I say my Kindle was smoking, I am not exaggerating. Well, a little, but you get the picture. Preacher has claimed her in his head, but she is insistent that they are just friends with benefits. Honey, with benefits like the ones Preacher is offering, sign me up! The man is a beast!

Life happens between them – things happen with her sister, his PTSD rears its ugly head – causing them to bond in a way they never imagined.

This book was filled with lots of love, resistance to love because of past hurts and finally redemption and forgiveness. There were other snippets of other MC members mentioned in this book and it was cool to get to know these men.

However, the placement of the random chapters about them seemed to come out of nowhere. One minute I was reading about Ash and Ruby getting dirty and the next I was reading a random chapter about another member who wasn’t even mentioned before. Then once that scene was over, right back to Ash and Ruby. It didn’t happen often, but it was enough to bother me. It was a little distracting. That is the reason this book received 4 kisses instead of 5.

To purchase Preacher Man and the rest of the Renegade Souls Series click here.