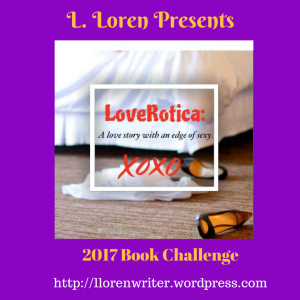 This week’s LoveRotica Book is a short story from J. Asmara called Exotic Fruit. It is in the LGBT sub-genre. This is my first book by this author and I liked her writing style. 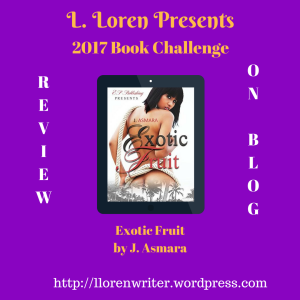 This was a quick read and I wasn’t sure I would take to it, but I did. This is the story of Saraya, a blogger who had a girl crush on a beautiful lady named Alise, who she has never met before. They both live in Miami and where Alise is a lesbian, Saraya is not. However, that does not stop her from wanting to be with Alise.

She semi stalks her online and finds out that she will be at a gay club called Exotic Rose. Saraya attends hoping to run into Alise and at the very least get a story for her blog if things don’t work out.

Things actually go better than Saraya hoped as she and Alise have an encounter in the bathroom. Six month later, after no contact they attend the same writer’s workshop in Key West. The plot thicken, but you will have to read it to see if Saraya plays herself or if she ends up with a guy or maybe with Alise. Hmmmm….

The story line was cute and I enjoyed the dialogue between the characters. The sexy parts are steamy as well. This was a good read. 4.5 kisses for this one so you know in my world that rounds up to a 5!